Is your state in the "Top Ten" for dog bites?

It's National Dog Bite Prevention Week, so of course I've been reading about dog bites.  Dog Bit Prevention Week is sponsored by the  American Veterinary Medical Association (AVMA), the American Academy of Pediatrics, the U.S. Postal Service, and America’s plastic and reconstructive surgeons.  It is very sad to think that some of us bite and cause such horrible injuries, especially to children.  I don't think most of my fellow dogs are mean and want to hurt, but maybe some of us don't know any better, and it also seems like there are some owners who teach their dogs to be mean.  There are also some dogs who think biting is the only way they can defend themselves or "say" what they want when they are being crowded, teased, etc. (and some who have never been taught to do anything else because that's what they get away with).

I myself was bitten by one little dog in my neighborhood - WHILE THE OWNER WAS STANDING RIGHT THERE!  I was on my leash, and her little miniature poodle was on a retractable leash.  Mom was talking to the dog's owner when the dog just ran up and bit my leg.  It didn't hurt, but what surprised me was that the owner just laughed about it.  The owner said "oh, she gets kind of grumpy sometimes, but she can't hurt anybody" and Mom said "It's a good thing he didn't bite her back, that wouldn't be so funny."  All the other lady said was "well I'm sorry!" and she picked up her little dog and walked off.  I guess it was a good thing I didn't bite the other dog, since the whole dog would almost fit in my mouth.  Grrrrrrrrrrrr.

Here is some of the information I've found while reading about dog bites -  The first is a list from the insurance company State Farm.  I like what they say about dog breeds, so I left that part in too!

“A dog’s tendency to bite depends on such factors as heredity, obedience training, socialization, health, and the victim’s behavior,” State Farm said in a statement on Wednesday. “There are good dogs and bad dogs within every breed, just as there can be responsible and irresponsible owners of each breed.”

Here is the full ranking list of the top 10 states:


National Dog Bite Prevention Week is a public service campaign that offers safety tips and emphasizes the need for increased pet owner responsibility in the prevention of dog bites.

The American Veterinary Medical Association (AMVA), the Humane Society of the United States (HSUS) and the American Academy of Pediatrics (AAP) report that small children, the elderly, and Postal Service carriers — in that order — are the most frequent victims of dog bites. It is also stated that the number of dog bites exceeds the reported instances of measles, whooping cough and mumps, combined. Dog bite victims account for up to five percent of emergency room visits.

The Postal Service along with other organizations offers safety tips and emphasizes the need for pet owners to be more responsible. Our campaign is "Any dog can bite. Don't be fooled". 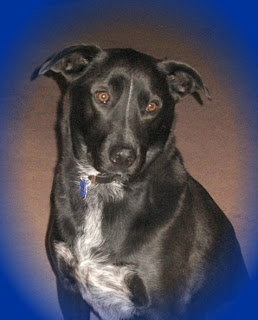 Finally, Mom is feeling well enough to get back to our chores and daily walks! 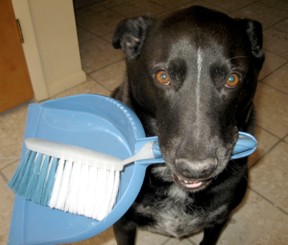 My only every day morning chores are picking up stuff that needs to go in the closet and putting them away, and helping to make the bed.  Sometimes when I put things away I get a little bit confused and put shoes in the clothes hamper, but that's okay, Mom just tells me to take them back out.  Really, I'm only confused because I get too excited, and I get excited because.....after I put things in the closet I get to Close The Door! (see my post of Mar. 7th).

After that, I help make the bed.  Mom only took a video of me doing the first corner, and I'm only a little bit embarrassed that I didn't get the actual corner the first time and she had to tell me again.  She gets the top corners of the covers and I get the bottom, we work pretty well as a bed making team!

On days when there is dusting to do I help by carrying the duster.  Other than that I provide general pick up and delivery services while we are doing the chores, and I put things in the recycle bin (which is in a little cupboard with TWO DOORS!).  On VACUUMING days, I don't really help, I just try to be patient and wait for my turn.  Every time I hear Mom switch from the floor suction part to the hose I run over to the vacuum, but I usually have to wait until she is all done with the rest of the day's vacuuming before I get my chance.  Waiting is NOT one of my favorite jobs.

I get to help on laundry day too, but I'll save that story for another time.

The link I want to share today is about safe cleaning products.  Mom tries to stick to the ones that are safe for me and for the planet!  I'd also like to ask that you think about how close your pets are to your floors and furniture, because sometimes even if a product is considered safe or natural, it can still be very irritating to those of us who lay on the floor.

I'm attaching a short clip of Cody being vacuumed because I want to share a way to vacuum your pet safely - I use the brush attachment with my fingers over one edge to make sure that the suction doesn't pull on the skin, and also to monitor the static level.  I haven't tried any of the pet hair vacuum attachments available, mostly because the come with rake type deshedding tools and Cody doesn't have much of an undercoat.  Would love to hear from others who have tried the specialized tools though!

Posted by Unknown at 9:46 AM No comments: